Greed is the root of all evils 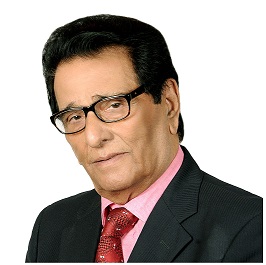 All > Motivational blogs > Greed is the root of all evils

Man's greatest evil is greed. Greed is the excessive desire for more than a person needs or deserves. What he desires is not for the greater good of society but it is for his own selfish interests.
Powerful propellers for greed are flashy life style and materialism. Greed forces a person to crave for more and more, and that drives him towards material pleasures.  A greedy man is always poor. For him, enough is never enough. A person driven and dominated by greed ignores the harm his actions can cause others.
Greed, in the end, fails everybody, even the greedy. Greed is a catalyst for failure, an agent for doom. History is replete with instances of people losing their reputation and all that they had acquired due to greed. The recent case of how greed can drive an institution like Punjab and Maharashtra Cooperative Bank to near death is an eyeopener. In the past, institutions like Kingfisher and people associated with diamond industry have gone bust just because of the avaricious conduct of their owners and directors.
Greed is a curse. Greed is permanent slavery, says Imam Ali (as). Once someone is caught in the web of corruption, it is difficult to disentangle and come out.
So, let's not run unnecessarily after what others have. Let?s try to earn our living by rightful means. We should not get tempted and fall prey to greed.
"The world is burning in the fire of desire, in greed, arrogance and excessive ego." ~ Sri Guru Granth Sahib
Greed, arrogance and excessive ego are three destructive forces that create huge blocks and ruin one?s smooth passage to success. The Bhagavad Geeta (Chapter 16, Verse 21) says there are three gates leading to one's self-destruction. These are Lust, Anger, and Greed. Therefore, all should abandon these three negative traits which are destructive and degenerative.
Greed is a curse. Greediness can cause untold harm. Greed can be for anything. Predominantly, it is for money, power and fame. It seems to be the driving force behind all apparently successful societies.
Any decision to take from others or to enrich yourself at the expense of others is an example of greed and is something that should be avoided at all costs, else it will
The lesson drawn is: Don?t get seduced by fame and adulation so intensely that you have to resort to unscrupulous means to satisfy your urges.
Lalach buri bala hai? stay away from it